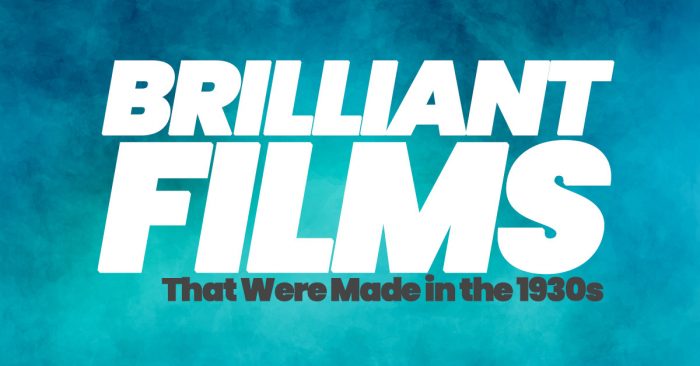 Considering films weren’t invented until the late 1800s, and color and sound wasn’t added until decades later, it is stunning to realize the number of history making movies that were created in the 1930s. Here’s a look at some of these classic films that have long since been a part of our entertainment history.

Most know the story of Dorothy Gayle (Judy Garland) and her adventures with the Scarecrow, Cowardly Lion and the Tin Man as they go in search of the “Great and Powerful Oz”. What we may not realize is that the movie was one of the first to use Technicolor and that the film addresses some deeper political and social issues through its themes and characters. The film was an Academy Award nominee for Best Picture, Best Cinema Photography, Best Art Direction and Best Effects. It won an Academy Award for Best Original Song, “Over the Rainbow” and Best Original Score.

This romantic classic was based on a 1936 novel from Margaret Mitchell. The David O. Selznick Film starred Clark Gable and Vivien Leigh as was called the “Hollywoodiest of Hollywood” films. The movie featured elaborate costumes and cinematography, was filmed in Technicolor and a score that surpassed anything previously. The film was set during the civil war and immediate post-war era and did have its critics who thought the film ignored the horrors of slavery.

Alright, we admit it. This 30s era film looks dated when compared to today’s special effects and technology. At the time, however, the movie received raved reviews. The film starred Fay Wray and Kong himself, who filmmakers were able to portray as both savage and gentle. While Ms. Wray may have had her doubts about their relationship, Kong was clearly smitten by her. Spoiler alert: Kong falls for Fay Wray in multiple ways, and it was beauty that killed the beast.

What happens when an otherwise naive man is asked to fill a vacancy in the United States Senate? What would happen when he is faced with the evils of political corruption? Jimmy Stewart stars in this Frank Capra film that will have you rooting for him.

This decade was filled with memorable films ranging from Les Misérables to Wuthering Heights. It also included Frankenstein and the Bride of Frankenstein. Running out of documentaries to watch on your streaming service? Take a trip back to the 1930s and view a few of these classics.

Hot Rods to Tuners: Car Modifications Through the Years

Things That Are Hard to Find at Hotels Anymore

Thoughts About Naming a New Business

Can Healthcare Be Interesting?

The Land of Misfit Cars